Today, I am pleased to welcome Mary Sharratt to Books, Belles, and Beaux. She is currently touring with Historical Fiction Virtual Book Tours with her wonderful novel, Illuminations: A novel of Hildegard Von Bingen.

The Western world’s first known description of the female orgasm was written by the 12th century abbess and Doctor of the Church, Saint Hildegard of Bingen (1098-1179):

When a woman is making love with a man, a sense of heat in her brain, which brings forth with it sensual delight, communicates the taste of that delight during the act and summons forth the emission of the man’s seed. And when the seed has fallen into its place, that vehement heat descending from her brain draws the seed to itself and holds it, and soon the woman’s sexual organs contract and all parts that are ready to open up during the time of menstruation now close, in the same way as a strong man can hold something enclosed in his fist.
Hildegard von Bingen, Causae et Curae

How could a celibate Benedictine nun write such a convincing description of the female sexual experience? Unlike some people in our own age, Hildegard saw no contradiction between science and religion, between being a religious woman and addressing every aspect of human experience, including sexuality.

Born in the lush green Rhineland in present day Germany, Hildegard was a true polymath, a Renaissance woman long before the Renaissance. She founded two monasteries, went on four preaching tours, and composed an entire corpus of sacred music. Her prophecies earned her the title Sybil of the Rhine. She was indeed a visionary in every sense of the word.

Hildegard wrote nine books on subjects as diverse as cosmology, botany, linguistics, and medical science, as well as theology. Even though she believed consecrated celibacy to be the highest calling, her medical text, Causae et Curae, discusses female (and male) sexuality frankly and without moral judgment. There is not a trace of prudishness or anti-intellectualism in her work.

In general, medieval thinkers, including monastics, were far more plain-spoken in addressing sexual matters than many of us might expect. But Hildegard’s writing on sexuality was unique in its inclusion of female experience, unlike that of her male confreres, such as Constantine the African, the 11th century monk whose book De Coitu manages to discuss every conceivable carnal pleasure without once mentioning women.

As the woman who coined the word Viriditas, or “sacred greening power and vitality,” Hildegard felt a profound connection to the natural world, which she regarded as the visible face of the invisible Creator who permeates every living thing. Her book Physica was devoted to natural science and is an encyclopedic study of plants, trees, mammals, reptiles, birds, marine life, stones, metals, and elements, describing their physical and medicinal properties. She lists in extraordinary detail the 37 varieties of fish to be found in the Nahe, Glan, and Rhine Rivers.

Her vision of the cosmos changed to reflect the science of her age. In Scivias, her first work of visionary theology, the universe appeared as a mandorla—shaped like an egg or almond. But by the time she wrote De Operationae Dei, the third and final book in her visionary trilogy, her visions reflected the cosmos as a sphere.

Over eight centuries after her death, Hildegard was finally canonized in May, 2012. On October 7, 2012, she was elevated to Doctor of the Church, a rare and solemn title reserved for theologians who have made a significant impact. Presently there are only thirty-four Doctors of the Church, and only three besides Hildegard are women (Catherine of Siena, Teresa of Ávila, and Thérèse of Lisieux). 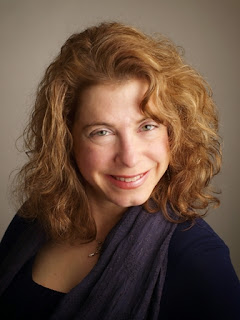 About the Author
The author of four critically acclaimed historical novels, Mary Sharratt is an American who lives in the Pendle region of Lancashire, England, the setting for her acclaimed Daughters of the Witching Hill, which recasts the Pendle Witches of 1612 in their historical context as cunning folk and healers. She also lived for twelve years in Germany, which, along with her interest in sacred music and herbal medicine, inspired her to write Illuminations: A Novel of Hildegard von Bingen. Illuminations won the Nautilus Gold Award for Better Books for a Better World and was selected as a Kirkus Book of the Year.
For more information please visit Mary's website and blog.  You can also find her on Facebook and Twitter.