A Treasure Trove of Autumn Reading 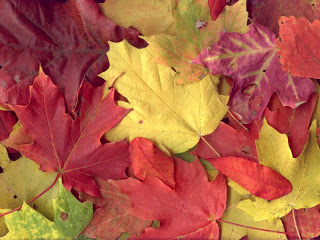 A cozy fire is casting a warm glow over the shabby but comfortable furniture in the den....man's best furry friend is gently snoring, stretched out in utter bliss at the feet of his beloved owner....a cup of hot chocolate is near to hand as the chilled autumn evening winds rattle the windows....(I can dream, can't I? It's still in the 90's here and the a/c is the only thing rattling!)

Sounds like the perfect setting for curling up with a book, doesn't it? Well, I've collected a treasure trove of fantastic gothics, Regency mysteries, and Victorian mysteries to read this autumn, and I'm planning on spending quite a bit of time with my nose buried in a good old-fashioned thriller next to a roaring fire.

Here's a sneak peek at three authors that I highly recommend for those who enjoy authentic period details along with mystery, suspense, and a bit of the supernatural.

Susanna Kearsley is the author of wonderful romantic suspense novels in the tradition of Victoria Holt, Mary Stewart, and Daphne du Maurier. Click on the book title to read more about a few of her novels that are on my reading list.

You can also read my review of Mariana here.

Barbara Michaels, also known as Elizabeth Peters and the creator of the famous Amelia Peabody Victorian mysteries, is considered by many to be the queen of the gothic ghost story. She's also been mentioned as a favorite of some authors that I admire such as Lauren Willig, Deanna Raybourn, and Tasha Alexander. I recently purchased a collection of Barbara Michael's books from e-bay, so I literally have a box full of gothic treasures! Here's a look at a few goodies:

Houses of Stone - It was a career-making discovery for English professor Karen Holloway: a battered, faded manuscript, the "lost masterpiece" of a 19th century poet named Ismene. Almost obsessively, Karen delves into her research to unmask the woman behind the mysterious name. But the clues she seeks are hidden in the poet's own words--as a ghost story unfolds before her, a tormented voice from the past...

Ammie, Come Home - A seance goes from party game to pure fright when mysteries of yesterday's passions rise up to claim new players.

If the Regency era is more your thing, give the four-book mystery series by Kate Ross a try. I just completed Cut to the Quick and plan on reading the entire series.

What books are you looking forward to reading this fall?
Posted by Joanne at 1:41 PM

Thanks for the list--I even emailed it to myself from GR. I love reading mysteries in the fall. I'm taking a road trip tomorrow up to my home in Montana, will be gone 10 days. I have a few audio books and my stack of mysteries for any down time.

Hi, Kim -- so good to touch base you with again after my little hiatus. Can't wait to hear about the good mysteries you will read this fall. Enjoy a nice long stay in Montana!