The Queen's Gamble by Barbara Kyle 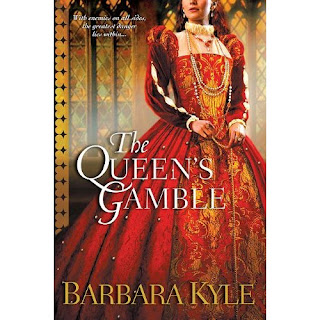 Young Queen Elizabeth I’s path to the throne has been a perilous one, and already she faces a dangerous crisis. French troops have landed in Scotland to quell a rebel Protestant army, and Elizabeth fears that once they are entrenched on the border, they will invade England.
Isabel Thornleigh has returned to London from the New World with her Spanish husband, Carlos Valverde, and their young son. Ever the queen’s loyal servant, Isabel is recruited to smuggle money to the Scottish rebels. Yet Elizabeth’s trust only goes so far—-Isabel’s son will be the queen’s pampered hostage until she completes her mission. Matters grow worse when Isabel’s husband is engaged as military advisor to the French, putting the couple on opposite sides in a deadly cold war.
Set against a lush, vibrant backdrop peopled with unforgettable characters and historical figures, The Queen’s Gamble is a story of courage, greed, passion, and the high price of loyalty…

I'm always on the lookout for great historical fiction authors, and Barbara Kyle is a new-to-me author. When Cheryl @ Pump Up Your Book asked me if I'd be interested in reviewing The Queen's Gamble by Barbara Kyle, I jumped at the chance to discover someone new. Although The Queen's Gamble is part of the Tudor-era Thornleigh series and is the fourth installment, it was fine as a stand-alone novel.

Set during the rich and excting period in history when Queen Elizabeth I reigned and faced her first major crisis, The Queen's Gamble focuses on the story of Isabel Thornleigh and her husband, Carlos. It is an exciting tale filled with elements that create page-turning drama: danger and secrets plots, hostages, tested relationships and loyalty, Catholic and Protestant zeal....and many twists and surprises. Kyle's writing gives the reader an excellent sense of time and place and keeps the story going forward with a fast-moving plot. I will definitely be exploring her earlier titles in The Thornleigh series and highly recommend The Queen's Gamble. 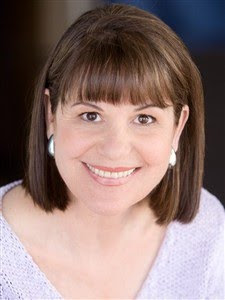 Barbara Kyle is the author of the Tudor-era “Thornleigh” series of novels, which have been published internationally: The Queen’s Captive, The Queen’s Lady, and The King’s Daughter, praised by Publishers Weekly as “a complex and fast-paced plot, mixing history with vibrant characters.” Her new novel, The Queen’s Gamble, was released in August, 2011.

Barbara previously won acclaim for her contemporary novels under pen name ‘Stephen Kyle’, including Beyond Recall (a Literary Guild Selection), After Shock and The Experiment. Over 400,000 copies of her books have been sold.

Barbara has taught courses for writers at the University of Toronto School of Continuing Studies, and is known for her dynamic workshops for many writers organizations.

Before becoming an author, Barbara enjoyed a twenty-year acting career in television, film, and stage productions in Canada and the U.S.

Visit www.BarbaraKyle.com for more information about the author and her works.

***I received an advance uncorrected proof in exchange for a fair and honest review.
Posted by Joanne at 11:05 AM

Thanks for the fabulous review of The Queen's Gamble. I'm glad you enjoyed it. I have to admit, I want to read the other books in this series after reading this one too.

Hope your readers get a chance to check this one out.

what a great review- this sounds like a great book and I definitely want to get my hands on it!! I liked how you said it can be a stand alone book- in the sense I could start with this without having to go back and read the other books written before this- thanks again for a great review

I am a big fan of Tudor related books and/or movies. One of my favorite BBC series was ELIZABETH R starring Glenda Jackson who made a great Queen. Have you seen this series, Joanne? If not, I recommend it highly.

This books sounds like the sort of thing that would interest me when I get into one of my historical fiction modes.

Oh how fabulous! I'm always looking for good books around this time period and I feel like I've exhausted them. Glad to know there's a new writer on the scene.

Joanne, thanks so much for your very kind words about "The Queen's Gamble." I'm delighted that you enjoyed it! I appreciate the chance to reach out to your readers.

I just read about this book on another blog. A new author for me so I am enjoying the reviews on a period of history I particularly like.

Thank you, everyone, for visiting my blog and joining me for Barbara Kyle's virtual tour of The Queen's Gamble.

Ms. Kyle, it was my pleasure to share my review with my readers.

I've been seeing this one around the blogs and it definitely sounds like an interesting take on a familiar series. I'll definitely be keeping an eye out for it as well as the rest of the series.

I had assumed this was just another Tudor court story, but the divided loyalties here seem to go deeper and feel more genuine than usual. Depending on the historical texture and type of prose, I might actually be interested in this, especially since the principal character appears to be an original creation (as opposed to yet another incarnation of the same, known historical figures), which gives plot and story a lot more leeway. I will look for an excerpt. Thank you for the review, and sorry for not commenting earlier!