Slice of Life in February

Truly, despite the inactivity on my blog, I have been reading books in February -- it's just that I can't seem to string words together to form coherent thoughts in the way of a review. I'll post the reviews at a later date when my brain is functioning a little better.

My favorite read so far in February was Lauren Willig's The Secret History of the Pink Carnation, and I definitely want to do it justice by giving it the great review it deserves! A 5-star winner! I've also viewed the swashbuckling adventure of The Scarlet Pimpernel (with Jane Seymour, Anthony Andrews, and Ian McKellen ) as a fun tie-in to the Pink Carnation book. I'm also working on reading Karen Harper's Mistress Shakespeare and Susan Carrroll's The Dark Queen, so those reviews will be forthcoming (either after Mardi Gras or before I collapse, whichever comes first). 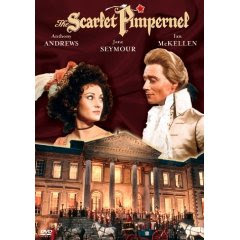 In other Slice of Life news, Miami was an incredibly fun Super Bowl experience and I know my kids and husband will never forget it as long as they live. And The Who half-time concert.... OMG fabulous!!! (I enjoyed that almost as much as the game!) My son was thrilled to meet and take a pic with Miami Dolphin Jason Taylor at a pre-game party....and who do you think was sitting in the box suite right behind us at the game? Jerry Rice, one of the greatest players evah on the planet! 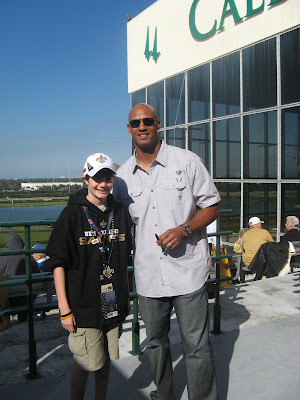 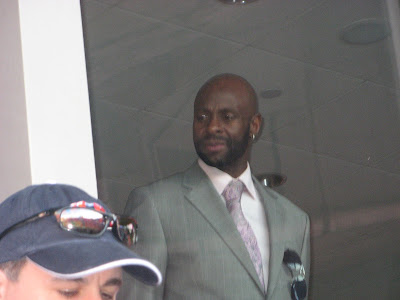 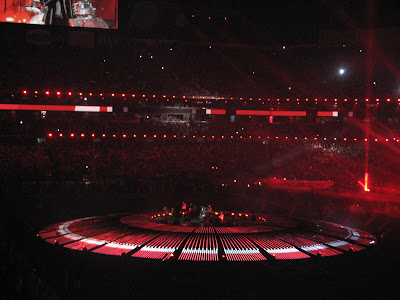 It will be at least two more weeks before life will be back to "normal" as the wave of post-Super Bowl celebrations are piggy-backing with Mardi Gras, so it will be nonstop parades and parties until February 16.

When all is said, and done, though, here is my favorite image of the whole Super Bowl experience...... 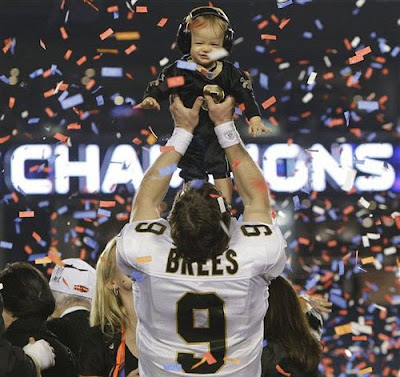 Have a wonderful week, and come on down to N.O. if you can next week! Trust me, it will be a Mardi Gras like never before!
Posted by Joanne at 10:40 AM

I absolutely love the Jane Seymour version of The Scarlet Pimpernel! One of my favs! And though I was pulling for the Colts, that pic of Brees w/ his adorable son is just precious. Love it!

Hi, Ruth! It's perfectly OK if you're a Colts fan, 'cause any other day we'd pulling for our boy, Peyton Manning, too (or Eli Manning, depending on who's playing)! Just not this time! ;)

Thanks for stopping by!

So glad you loved The Secret History of the Pink Carnation! It is one of my favorites :) Glad you enjoyed the super bowl, wonder if I saw you on TV lol. Yay Saints :)

I too am glad you loved the Pink Carnation - I simply love the series, but so far, the first book is my favorite! I read the Scarlet Pimpernel before reading it, but still have yet to see on video, though I want to very much, though it looks very 80's and dated from the pictures - is it? Jane Seymour is not how I picture his wife (forget her name now) in the book. But, I'll probably like her, though AA looks perfect as Percy.

Hi, Muse and Julie -- I'm looking forward to reading the whole series; I absolutely loved every word of Pink Carnation!

I have to admit, I've never read The Scarlet Pimpernel, so I had only a vague idea of the storyline. I seem to enjoy just about any movie Jane Seymour makes, and I'm not sure how accurately she portrayed Marguerite; AA was the perfect fop!