The Turning of Anne Merrick by Christine Blevins 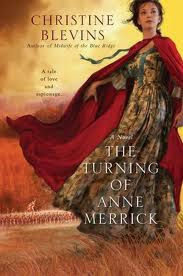 A tale of love and espionage from the author of Midwife of the Blue Ridge...

She spies for General Washington, betrays the Redcoats and battles for America's independence...

It's 1777, and a fledgling country wages an almost hopeless struggle against the might of the British Empire. Brought together by a fateful kiss, Anne Merrick and Jack Hampton are devoted to each other and to their Patriot cause. As part of Washington's daring network of spies, they are ready and willing to pay even the ultimate price for freedom.

From battlefields raging along the Hudson, to the desperate winter encampment at Valley Forge and through the dangerous intrigue of British-occupied Philadelphia, Anne and Jack brave the trials of separation, the ravages of war and an unyielding enemy growing ever more ruthless.

Historical fiction is one of my favorite genres, and this year I am interested in reading more novels which feature events and settings in American history. I am delighted to be a part of the Historical Fiction Virtual Tour for Christine Blevins as she is an author with novels that I'd like to explore that are set in early America.

While the relationship between Anne and Jack is an important aspect of the story, this is more a tale of dangerous adventure and espionage during the American Revolution. I enjoyed the author's use of historical details which enhanced the story and illustrated the historical times: the clothing, weaponry, wilderness survival, medical practices....interesting facts from the historical records gave the plot an authentic feel. I did wonder about the seeming abundance of available food during wartime, especially while Anne was with the Continental army, but that's a minor point. I enjoyed the dangerous risks the characters took to gather enemy intelligence that kept the story moving from her role posing as a scribe in General Burgoyne's camp to spying in Philadelphia in the Cup and Book. I thought the use of quotes from Thomas Paine's The American Crisis was very effective in setting the tone for each chapter.

Overall, The Turning of Anne Merrick was an interesting portait of one woman's courage and loyalty to the Patriot cause of freedom, and the sacrifices that many were willing to make for their country.


For more information about Christine Blevins and her novels: 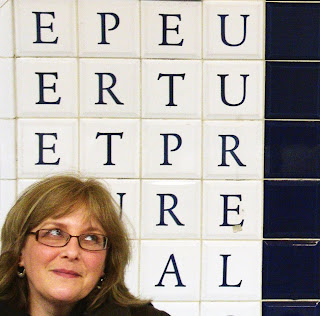 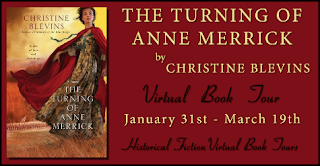 ****I received an advance copy of The Turning of Anne Merrick from the publisher in exchange for a fair and honest review.****

I definitely agree with your review. You probably can get away without reading the first book, but it helps!

I also commented about how Sally always had food no matter how badly off we were told the armies were food wise!

Overall though, definitely a fun read.

I haven't read near enough HF set in this time period and so this series really appeals to me!

I absolutely LOVE historical fiction- as close to reality as you can get and still being fiction :) ha ha!! This sounds like an excellent read.

Great review, Joanne. I agree that that Anne's undertakings for the Patriot cause are what makes this book a good read rather than her relationship with Jack.