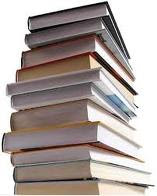 I never thought much about blogging until this past May when, on a whim, I decided to try my hand at setting up a blog. It was strictly experimental while I was creating a LibraryThing page, and I have to say the experience has been so worthwhile. It absolutely amazes me that other people have found their way to Slice of Life and are kind enough to visit often and leave a comment (love that!) I've learned so much from other bloggers and have enjoyed getting a peek at other book lovers' bookshelves. My TBR pile just keeps on growing, but that's all good! I've got some great titles to help ring in the new year.

As I look back over the past few months, a few books, authors, and websites stand out as my favorites for 2009:

FAVORITE NEW AUTHORS : Three "new to me" authors that I have enjoyed discovering are Syrie James (The Lost Memoirs of Jane Austen, The Secret Diaries of Charlotte Bronte), Deanna Raybourn (Silent in the Grave, Silent in the Sanctuary, Silent on the Moor), and Tasha Alexander (And Only to Deceive, A Poisoned Season, A Fatal Waltz, Tears of Pearls). Alexander and Raybourn both focus on the Victorian era with mystery and light romance elements to spice things up. I'm super excited about the release of Dracula, My Love by Syrie James in 2010; the story will be a reinterpretation of Bram Stoker's Dracula and will be told from the viewpoint of Mina Harker, the heroine of Dracula. Sounds intriguing! Deanna Raybourn is also scheduled to release a new novel in 2010 that is not a Lady Julia/Nicholas Brisbane storyline titled, The Dead Travel Fast.

MOST ANTICIPATED NOVEL FOR 2009: My year-in-review would not be complete without mentioning the latest addition to the Outlander series. It's always thrilling to have a new Diana Gabaldon book in my hands, so Echo in the Bone wins as the most highly prized and anticipated novel for me this year. I admit that it was not all I hoped it would be, and Gabaldon seems to be much more enthralled with the character of Lord John than I am. Lord John's place of prominence in this story frustrated me (I want more Jamie and Claire, the heart of the story), but when all is said and done, an Outlander book is a rare treat so I'm happy to have it, knowing it will be at least two or more long years before the concluding book will be published. 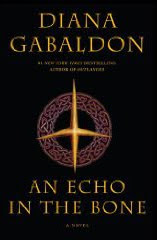 READING CHALLENGES: Since I'm new to this whole blogging/challenge thing, I took it easy and participated in the Everything Austin Challenge which was a terrific idea. For 2010, I'm anticipating the All About the Brontes Challenge and devoting more time to exploring Jean Plaidy's classic historical fiction novels. (Was I the only one in the world who didn't know that Jean Plaidy was Victoria Holt? How did I not know this?! I devoured all of VH novels years ago and loved her!)

How about you? What books and authors were your favorite discoveries this year?
Posted by Joanne at 3:36 PM