Good morning! It's been a long time since I've dropped in to chat, and I hope everyone has been well and reading some good books!

Life has been incredibly hectic lately, all in a good way.  My lovely daughter graduated from high school recently, so to celebrate her accomplishments we took along a few of her friends and spent a week in Disney World. Prior to that, I spent a few days with some dear friends at the beach for a girls' getaway, and that time was filled with laughter and gossip and quite a bit of snacking! We are also in the process of building a vacation home (a log cabin) in the country which is an exciting venture but  an extremely slow process since it is in the middle of nowhere -- clearing trees and laying down roads to get to the site, getting the power company to set up lines for electricity,  digging a well for water--these all took forever to accomplish and now the fun is beginning. Each week when we visit the site, we can begin to see things taking shape and the house is actually going up now.

I mention all of these activities so you can see that my reading time has been limited. I have a few books that I am very much looking forward to reading this summer, and the beautiful covers just put me in the mood for a glass of iced tea and some sunshine: 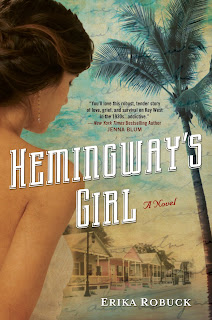 In Depression-era Key West, Mariella Bennet, the daughter of an American fisherman and a Cuban woman, knows hunger. Her struggle to support her family following her father’s death leads her to a bar and bordello, where she bets on a risky boxing match...and attracts the interest of two men: world-famous writer, Ernest Hemingway, and Gavin Murray, one of the WWI veterans who are laboring to build the Overseas Highway.When Mariella is hired as a maid by Hemingway’s second wife, Pauline, she enters a rarified world of lavish, celebrity-filled dinner parties and elaborate off-island excursions. As she becomes caught up in the tensions and excesses of the Hemingway household, the attentions of the larger-than-life writer become a dangerous temptation...even as the reliable Gavin Murray draws her back to what matters most. Will she cross an invisible line with the volatile Hemingway, or find a way to claim her own dreams? As a massive hurricane bears down on Key West, Mariella faces some harsh truths...and the possibility of losing everything she loves. (from Goodreads) 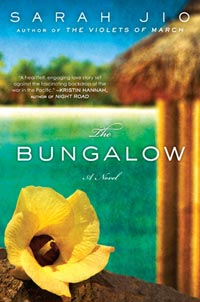 A sweeping World War II saga of thwarted love, murder, and a long-lost painting. In the summer of 1942, twenty-one-year-old Anne Calloway, newly engaged, sets off to serve in the Army Nurse Corps on the Pacific island of Bora-Bora. More exhilarated by the adventure of a lifetime than she ever was by her predictable fiancé, she is drawn to a mysterious soldier named Westry, and their friendship soon blossoms into hues as deep as the hibiscus flowers native to the island. Under the thatched roof of an abandoned beach bungalow, the two share a private world-until they witness a gruesome crime, Westry is suddenly redeployed, and the idyll vanishes into the winds of war.A timeless story of enduring passion from the author of Blackberry Winter and The Violets of March, The Bungalow chronicles Anne's determination to discover the truth about the twin losses-of life, and of love-that have haunted her for seventy years. (from Goodreads)

And now for a quick summary of some books that were on my " highly anticipated for 2013" list. Perhaps life may be too busy for me lately to fully enjoy all of these novels -- I jumped on them as soon as they became available as the list is comprised of some of my favorite authors. They were all, of course, enjoyable and satisfying, but none of them wowed me. 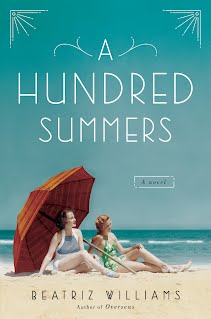 Memorial Day, 1938: New York socialite Lily Dane has just returned with her family to the idyllic oceanfront community of Seaview, Rhode Island, expecting another placid summer season among the familiar traditions and friendships that sustained her after heartbreak. That is, until Greenwalds decide to take up residence in Seaview.Nick and Budgie Greenwald are an unwelcome specter from Lily’s past: her former best friend and her former fiancé, now recently married—an event that set off a wildfire of gossip among the elite of Seaview, who have summered together for generations. Budgie’s arrival to restore her family’s old house puts her once more in the center of the community’s social scene, and she insinuates herself back into Lily's friendship with an overpowering talent for seduction...and an alluring acquaintance from their college days, Yankees pitcher Graham Pendleton. But the ties that bind Lily to Nick are too strong and intricate to ignore, and the two are drawn back into long-buried dreams, despite their uneasy secrets and many emotional obligations. Under the scorching summer sun, the unexpected truth of Budgie and Nick’s marriage bubbles to the surface, and as a cataclysmic hurricane barrels unseen up the Atlantic and into New England, Lily and Nick must confront an emotional cyclone of their own, which will change their worlds forever. (from Goodreads)

If you're looking for light summer reading, A Hundred Summers will fit the bill. The plot is fairly transparent and it's not too difficult to figure out the puzzle pieces well before they snap into place.  I much preferred Beatriz Williams' previous book, Overseas.  (2.5/5 stars) 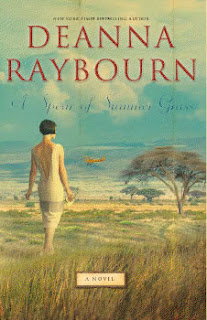 Paris, 1923 The daughter of a scandalous mother, Delilah Drummond is already notorious, even amongst Paris society. But her latest scandal is big enough to make even her oft-married mother blanch. Delilah is exiled to Kenya and her favorite stepfather's savannah manor house until gossip subsides. Fairlight is the crumbling, sun-bleached skeleton of a faded African dream, a world where dissolute expats are bolstered by gin and jazz records, cigarettes and safaris. As mistress of this wasted estate, Delilah falls into the decadent pleasures of society.  Against the frivolity of her peers, Ryder White stands in sharp contrast. As foreign to Delilah as Africa, Ryder becomes her guide to the complex beauty of this unknown world. Giraffes, buffalo, lions and elephants roam the shores of Lake Wanyama amid swirls of red dust. Here, life is lush and teeming-yet fleeting and often cheap.  Amidst the wonders-and dangers-of Africa, Delilah awakes to a land out of all proportion: extremes of heat, darkness, beauty and joy that cut to her very heart. Only when this sacred place is profaned by bloodshed does Delilah discover what is truly worth fighting for-and what she can no longer live without. (from Goodreads)

Deanna Raybourn is always wickedly fun and exciting to read, and there were times when  A Spear of Summer Grass  just sparkled. Raybourn is at her best when she's capturing the style, glamour, and atmosphere of the roaring twenties and the wilds of Kenya, and Delilah Drummond was a delightfully decadent character with a colorful southern belle upbringing.  However, I just didn't connect with the romance between Delilah and Ryder. I wanted the same explosive chemistry that I've come to expect from the Lady Julia series between Brisbane and Lady Julia, and I was left very underwhelmed with Delilah and Ryder's relationship. (3/5 stars) 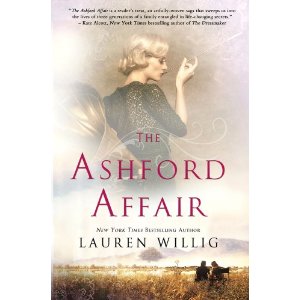 As a lawyer in a large Manhattan firm, just shy of making partner, Clementine Evans has finally achieved almost everything she’s been working towards—but now she’s not sure it’s enough. Her long hours have led to a broken engagement and, suddenly single at thirty-four, she feels her messy life crumbling around her. But when the family gathers for her grandmother Addie’s ninety-ninth birthday, a relative lets slip hints about a long-buried family secret, leading Clemmie on a journey into the past that could change everything. . . .
What follows is a potent story that spans generations and continents, bringing an Out of Africa feel to a Downton Abbey cast of unforgettable characters. From the inner circles of WWI-era British society to the skyscrapers of Manhattan and the red-dirt hills of Kenya, the never-told secrets of a woman and a family unfurl. (from Goodreads)

Both Deanna Raybourn and Lauren Willig were inspired to create  their Kenya-based novels after reading The Bolter, the fascinating account of the notorious Jazz Age socialite, Idina Sackville. I enjoyed Willig's dual-time story, and found myself deeply immersed in the novel to uncover the secrets of Clemmie's grandmother's past. Willig creates suspense and interest by alternating the past and present stories as the secrets unfold. If you enjoy books such as Kate Morton's layered mysteries, you will enjoy the family saga of The Ashford Affair. (4/5 stars)


Thanks for stopping by........stay cool, and let me know if you have any "hot reads" that I must add to my summer reading list!

***All of the books noted above were purchased by me and are part of my personal library.
Posted by Joanne at 9:02 AM

Thanks for yor posr! Good luck with your cabin. It sounds exciting. Have a great week.

What a gorgeous selection of reads. I didn't know which one I should look at first!

I love your vacation home plans! A log cabin in the country sounds like a lovely place to read. =) I need to pick up The Bungalow. I'm a new Sarah Jio fangirl.

Thanks for sharing this post, Joanne! Congratulations on the vacation home -- you and your family will have so much fun and create so many wonderful memories there.

My thoughts on A Spear of Summer Grass are similar to yours. I was disappointed by the book as I had such high expectations given my enjoyment of the Lady Julia novels. Oh well. I'm looking forward to reading The Ashford Affair so I'm glad you liked it.