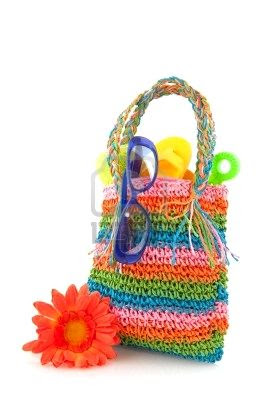 Ahhhhhhh, the lazy days of summer are upon us.....my margarita (with salt) is chilled and I'm heading out to the pool for some relaxing reading.

I don't know about you, but my reading tastes change in the summer....nothing complicated for me in the sizzling heat! Summer reading calls for something light and fresh, with an emphasis on romance and easy mysteries -- historical fiction takes a back seat. Here's a peek at few books I'll be tucking inside my tote bag along with my sunscreen:

All About Romance has a terrific list of top 100 romance books of all time....and I haven't read the #1 favorite on the list! I must rectify this oversight, and try to read a few more top picks that I've missed along the way.

Lord of Scoundrels by Loretta Chase
"They call him many names, but Angelic isn't one of them . . .
Sebastian Ballister, the notorious Marquess of Dain, is big, bad, and dangerous to know. No respectable woman would have anything to do with the "Bane and Blight of the Ballisters"—and he wants nothing to do with respectable women. He's determined to continue doing what he does best—sin and sin again—and all that's going swimmingly, thank you . . . until the day a shop door opens and she walks in.
She's too intelligent to fall for the worst man in the world . . .
Jessica Trent is a determined young woman, and she's going to drag her imbecile brother off the road to ruin, no matter what it takes. If saving him—and with him, her family and future—means taking on the devil himself, she won't back down. The trouble is, the devil in question is so shockingly irresistible, and the person who needs the most saving is—herself!" (from amazon)

Only Mr. Darcy Will Do by Kara Louise
"Her worst fears come true...
After her father's death, Elizabeth Bennet goes to work as a governess. Little does she know the Willstones are social acquaintances of the Bingleys and the Darcys, and Elizabeth finds herself once again drawn into Mr. Darcy's orbit. To make matters worse, Mrs. Willstone's sister sets her sights on Mr. Darcy. With Elizabeth's social status even lower than it was before, she knows she must abandon all hope of Darcy renewing his proposals, even as she begins to see him in a completely different light..." 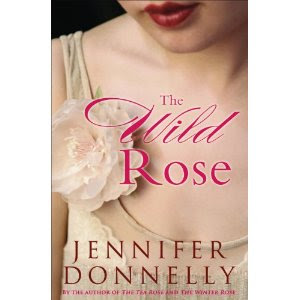 The Wild Rose by Jennifer Donnelly
"The vast multi-generational epic that began with The Tea Rose and continued with The Winter Rose now reaches its dramatic conclusion in The Wild Rose.
London, 1914. World War I is looming on the horizon, women are fighting for the right to vote, and global explorers are pushing the limits of endurance at the Poles and in the deserts. Into this volatile time, Jennifer Donnelly places her vivid and memorable characters:
- Willa Alden, a passionate mountain climber who lost her leg while climbing Kilimanjaro with Seamus Finnegan, and who will never forgive him for saving her life.
- Seamus Finnegan, a polar explorer who tries to forget Willa as he marries a beautiful young woman back home in England.
- Max von Brandt, a handsome sophisticate who courts high society women, but who has a secret agenda as a German spy;
- and many others." (from goodreads)

The Dark Enquiry by Deanna Raybourn
"Partners now in marriage and in trade, Lady Julia and Nicholas Brisbane have finally returned from abroad to set up housekeeping in London. But merging their respective collections of gadgets, pets and servants leaves little room for the harried newlyweds themselves, let alone Brisbane's private enquiry business.
Among the more unlikely clients: Julia's very proper brother, Lord Bellmont, who swears Brisbane to secrecy about his case. Not about to be left out of anything concerning her beloved—if eccentric—family, spirited Julia soon picks up the trail of the investigation.
It leads to the exclusive Ghost Club, where the alluring Madame Séraphine holds evening séances…and not a few powerful gentlemen in thrall. From this eerie enclave unfolds a lurid tangle of dark deeds, whose tendrils crush reputations and throttle trust." (from amazon)
Hoping to get a signed copy from Deanna Raybourn at the Romance Writers of America book signing!

The Grand Sophy by Georgette Heyer
"When Sophy goes to stay with her cousins in Berkeley Square, she finds them in a sad tangle of affairs – some romantic and others of a more pecuniary nature. Perhaps the Grand Sophy has arrived just in time to save them." (from goodreads) 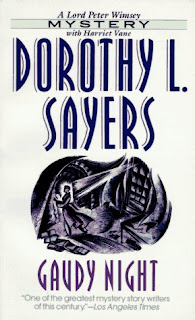 Gaudy Night by Dorothy Sayers (A Lord Peter Wimsey Mystery)
"When Harriet Vane attends her Oxford reunion, known as the "Gaudy," the prim academic setting is haunted by a rash of bizarre pranks: scrawled obsentities, burnt effigies and poison-pen letters -- including one that says, "Ask your boyfriend with the title if he likes arsenic in his soup." Some of the notes threaten murder; all are perfectly ghastly; yet in spite of their scurrilous nature, all are perfectly worded. And Harriet finds herself ensnared in a nightmare of romance and terror, with only the tiniest shreds of clues to challenge her powers of detection, and those of her paramour, Lord Peter Wimsey." (from amazon) Both Diana Gabaldon and Lauren Willig are fans of this author, so I'm curious to check out her mysteries.


So, what's in your beach bag this summer?
Posted by Joanne at 8:00 AM

Man, you're keeping your summer pretty hot, eh? These all look wonderful. I just started Donnelly's first in the series and I'm enjoying it. Happy reading!

Definitely The Wild Rose and The Dark Enquiry are in mine! I can't wait. The Peach Keeper was great as are all Sarah's books. Enjoy.

I was planning to read The Peach Keeper- now that you have mentioned it here, I'll be sure to read it! As for the other books- I'll wait til next summer :)

Pam - I hope you enjoy The Tea Rose, and The Winter Rose is fantastic!

Anjuli - I tried to visit on your blog today and I can only comment on pop up windows. Blogger is still having problems! But I liked your 5 favorite books post -- I love M. M Kaye and Michener, too.

Looks like you've got some great reading ahead of you this summer, Joanne.

I will likely tackle The Peach Keeper this summer, too, since I just won a copy :-), but other than that the only book I know I'll be reading this summer is George R.R. Martin's A Dance With Dragons. Other than that I'll just have to see where my reading mood takes me.

Melissa - I definitely want to read A Game of Thrones but I think I'll leave that to the wintertime. Looks like a cold-weather read to me.

I'm absolutely loving the books that you put into your summer bag!! I loved Only Mr. Darcy Will Do, have the Wild Rose on my Kindle, enjoyed The Peach Keeper, want to read Raybourn's series, I LOVED The Grand Sophy...absolutely loved it!!, have a Sayers book with 3 stories in it...we have very similar tastes!!

Staci - Well, it sounds like we need to have a book party.....come on over and we'll sit by the pool and talk books! (Oh, do you take your margarita with salt or without?) ;)

It's coming up for winter here, but some of these same books are on my to read soon list. Of particular interest is The Wild Rose! It was my most anticipated release of this year and I am so excited to finally be able to read this book!

I loved The Dark Enquiry, and really liked The Peach Keeper and Lord of Scoundrels.

Marg -- Yes, I know so many bloggers that are waiting anxiously for The Wild Rose to be released! The Winter Rose was fabulous!

These all look so good! So much to read, so little time!