I hardly ever watch television....that is, besides my Sunday night addiction to the Downton Abbey series.

But alas, the series only lasts for a few weeks, and then the thrill is gone.

That is when I turn to my trusty DVD collection to fill my need for more British accents, breathtaking costumes and English manors. Now my collection is not extensive, but here are a few that I enjoy that fall into the category of If You Like Downton Abbey, You Might Also Like...... 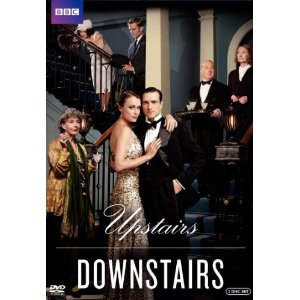 1936: The house at 165 Eaton Place has stood empty since the Bellamy family sold it six years earlier. Now the doors are finally flung open by new owners: diplomat Sir Hallam, his wife Lady Agnes, and - back from the Raj - his mother Maud, Lady Holland. With the arrival of Agnes's debutante sister Lady Persie, the sumptuous home is ready to come to life.

And who better than Rose, the house's former parlor maid, to recruit the new staff? The new downstairs family is a full of characters as its previous incarnation with the highly strung butler Mr. Pritchard, cook Mrs. Thackeray, chauffeur Harry Spargo, and a vivacious and spirited young team.

Soon both the elegant upstairs world and the downstairs staff have built their own labyrinth of secrets, lies and scandal, and as they feel the tremors of royal and political upheaval and the ominous threat of war, the house reverberates to the familiar sounds of rumor, excitement, and dread..... 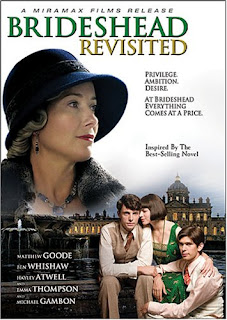 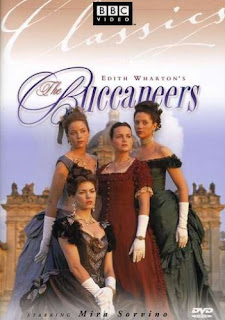 Edith Wharton's final novel, the story of four beautiful young aristocrats who journey from America to England in search of love and adventure.

Deemed nouveau riche and shunned by elitist New York society, sisters Nan and Virginia St. George, along with their friend Lizzy Emlsworth and their English governess try their luck in London. With the help of their glamorous newly married friend, Conchita Closson, the girls quickly become the talk of the town. With their vivacious ways and large dowries, the girls have no lack of suitors, but they soon learn that love and marriage do not necessarily mix. 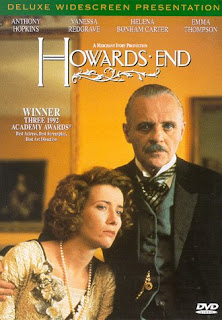 Howards End is E.M. Forster's beautifully subtle story of the crisscrossing paths of the privileged and those they disdain--and of a remarkable pair of women who can see beyond class distinctions.


And for those who just can't seem to get enough of Maggie Smith, there's.... 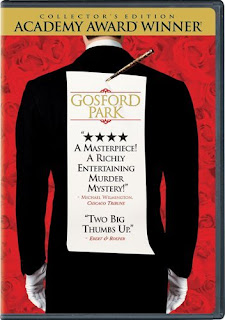 Gosford Park is a whodunit -- as a hunting party gathers at the country estate, no one is aware that before the weekend is over, someone will be murdered. The police are baffled but the all-seeing, all-hearing servants know that almost everyone had a motive.

Hope you enjoyed taking a look at some of my favorite British dramas. Have you seen any of these? Do you have other costume dramas that Downton Abbey fans would enjoy? Be sure to watch for my next installment of costume dramas that will take you to the world of Lauren Willig's Pink Carnation series! :)
Posted by Joanne at 9:35 AM

I absolutely love 'Upstairs Downstairs'. I have watched season one and need to watch season two, but it is a great show. Too bad they cancelled it. Or that's what I've heard..

Hi, Kimberlee -- I haven't seen Season 2 yet, either. I'll have to see what I can find about a third season or if it's been cancelled.

I love British costume dramas! I'm going to have to check out The Buccaneers, Upstairs Downstairs and Bridehead Revisited, although I think I'd prefer to read the books first. I LOVE Gosford Park, it's one of my all-time favourite movies.