I'm in love with the new Bourbon Street Books (a division of Harper Collins) edition of Dorothy Sayers' mystery series featuring Lord Peter Wimsey and Harriet Vane! I love the art deco style of the covers and the black and white photography makes for stunning covers.

I've been meaning to explore this author's books as so many writers that I admire (Diana Gabaldon, Lauren Willig, Deanna Raybourn, etc...) highly recommend the books. So when I found the newly released books at Barnes and Noble this week, I scooped them up. Can't wait to dive in and meet this dynamic duo. 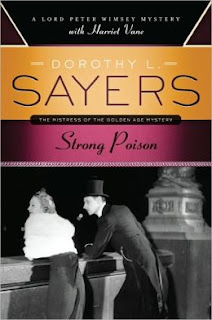 The classic mystery that first featured Harriet Vane, companion sleuth to the dashing, perennially popular private investigator Lord Peter Wimsey, from the writer widely considered the greatest mystery novelist of the Golden Age—Dorothy L. Sayers.
Mystery novelist Harriet Vane knew all about poisons, and when her fiancé died in the manner prescribed in one of her books, a jury of her peers had a hangman's noose in mind. But Lord Peter Wimsey was determined to prove her innocent—as determined as he was to make her his wife. 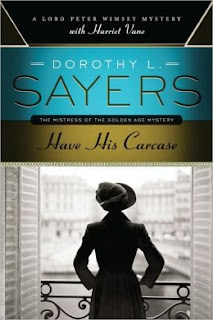 Mystery novelist Harriet Vane, recovering from an unhappy love affair and its most unpleasant aftermath, seeks solace on a barren beach deserted but for one notable exception: the body of a bearded young man with his throat cut. From the moment she photographs the corpse, which soon disappears with the tide, she is puzzled by a mystery that might easily have been a suicide, a murder, or a political plot. With the appearance of her dear friend Lord Peter Wimsey, however, Harriet finds yet another reason to pursue the mystery, as only the two of them can pursue it. 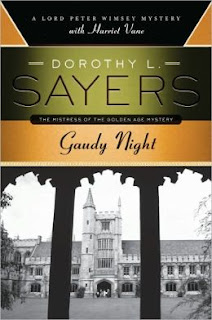 When Harriet Vane attends her Oxford reunion, known as the "Gaudy," the prim academic setting is haunted by a rash of bizarre pranks: scrawled obsentities, burnt effigies and poison-pen letters — including one that says, "Ask your boyfriend with the title if he likes arsenic in his soup." Some of the notes threaten murder; all are perfectly ghastly; yet in spite of their scurrilous nature, all are perfectly worded. And Harriet finds herself ensnared in a nightmare of romance and terror, with only the tiniest shreds of clues to challenge her powers of detection, and those of her paramour, Lord Peter Wimsey. 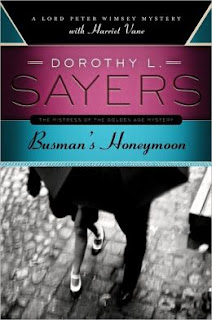 Murder is hardly the best way for Lord Peter and his bride, the famous mystery writer Harriet Vane, to start their honeymoon. It all begins when the former owner of their newly acquired estate is found quite nastily dead in the cellar. All too quickly, what Lord Peter had hoped would be a very private and romantic stay in the country has turned into a most baffling case, with a misspelled "notise" to the milkman at its center and a dead man who's been discovered in a most intriguing condition: with not a spot of blood on his smashed skull and not a penny less than six hundred pounds in his pocket.

Have you read any of the books by Dorothy Sayers?
Posted by Joanne at 9:05 AM

I've only read the first two novels in this series, but I really enjoyed them and have always intended to get back to the series. With new editions now available perhaps it's time I did so.

I've never read any of these, but I have no idea why! From your reviews, it sounds like I definitely need to! :)

I've picked up a few of her books from library sales!! I'm glad to see that they're being reissued!!

Ooooh, I love these new covers. The only Dorothy Sayers I've read lately, well, relatively lately, was a book of all her Peter Wimsey short stories. I picked it up online for a couple of dollars.

But I haven't re-read the novels in ages.
A secret: I was never fond of Harriet Vane. I just felt she wasn't appreciative enough of Lord Peter. I mean, I adored the man. Still do. :)